Be the first one to rate! 1
Ratings Submit Review

Fort Dunree, Dun Fhraoigh in Irish means, “Fort of the Heather” and indicates that this site has been an important defensive site down through history. Today however, its stunning natural beauty and abundant wildlife are drawing increasing numbers of visitors to one of Inishowen’s most beautiful and peaceful locations.. Fort Dunree was first opened to the public in 1986 and has attracted tourists from all over the world ever since. It is a must see for every visitor to the Inishowen peninsula.

Fort Dunree has one of the best collections of coast artillery guns in the world.

Fort Dunree Military Museum was first opened to the public in 1986 and attracts visitors and scholars from all over the world. Using the latest DVD and interactive technology the unique history and present role of Fort Dunree is fully explained and recreated in vibrant and colourful displays.

A visit to Fort Dunree will include a video film presentation in the audio-visual theatre, access to museum displays which fully demonstrate life at Fort Dunree, showing its vital role in coastal defence, neutrality protection and a range of coastal artillery.

The underground bunkers also house a collection of artefacts that give meaning and insight into the day to day operation of the Fort.

The Saldanha Suite currently is home to the fascinating, “Rockhill Collection”. This exhibition represents a portion of an extensive private collection of military memorabilia belonging to Jackie Keenan and Jim Gallagher who have placed it on loan to Fort Dunree Military Museum. The exhibition is the result of many years of collection and it displays numerous items of memorabilia belonging to the Defence Forces at home and abroad. It also contains examples of military equipment, uniforms and rank insignia of other nations who have served alongside Irish soldiers on UN, EU, ECMM and NATO led missions.

The Saldanha Suite also houses a Wildlife Discovery Room, it hosts yoga classes, art exhibitions, and has space to hire for private functions including weddings. 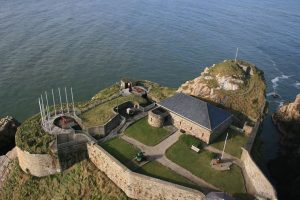 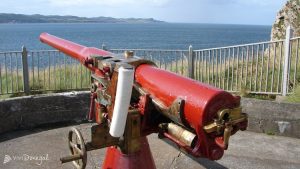 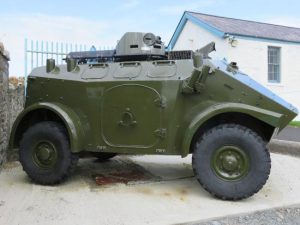 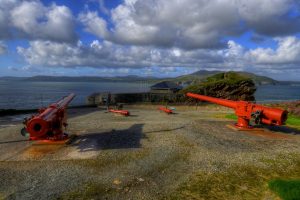 I would highly recommend a trip her 👍👍