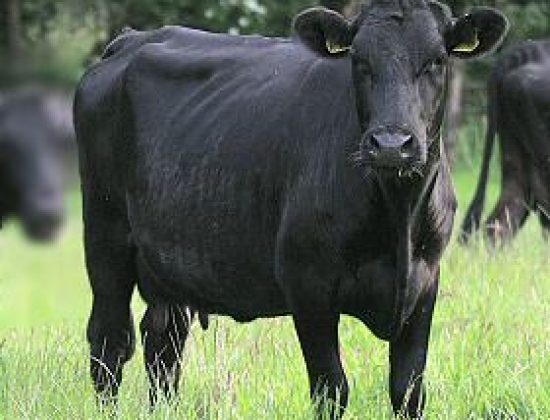 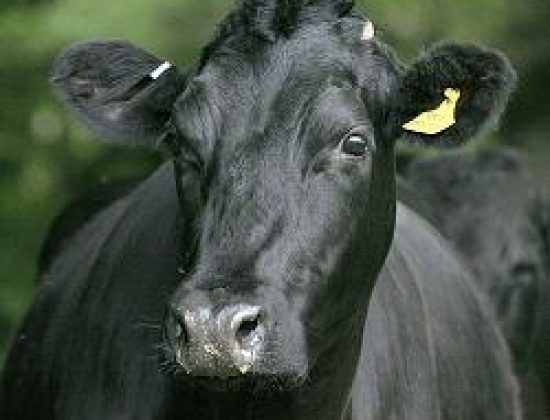 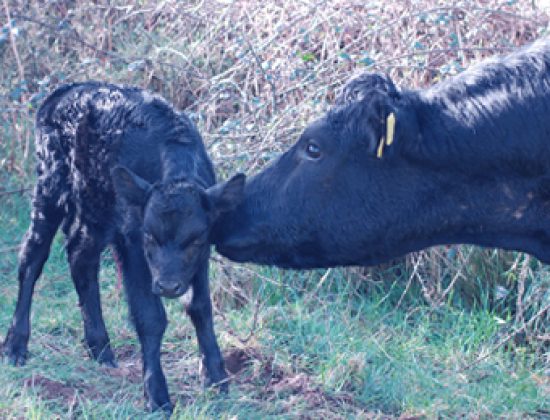 The Kerry cattle breed is generally considered to be a special and quite rare animal, originating in County Kerry, of course. Kerry Cows are renowned for their milk and are cared for primarily as milk producers. In fact, Kerry cattle are known as the first breed in the world ever to be bred solely for dairy.
The Kerry is believed to be one of the oldest breeds in Europe. The skull is very similar in formation to the ancient aurochs, an animal of the Stone Age (Bos primogenus), though smaller in size. The first examples of their use in Ireland date back to 2000 BC.
It is thought that the Kerry is derived from the little black cow, a Celtic shorthorn, brought by Neolithic man in his migrations northwards from the Mediterranean basin. There are close affinities with the Heren, another small black breed surviving in the high Alps, and with the fierce black bulls of the Camargue in France.
While prehistoric man in Asia, North Africa and Europe was selecting and breeding cattle for work and meat, the Celtic civilisation in Ireland was producing a breed of cattle for milk and dairy produce. The Irish diet back then was based on milk and milk products; meat was rarely eaten. Records have been found which show that milk was preserved in various forms including cheese and butter. There is also evidence that milk was treated with herbs and kept in jars underground. With the mild climate and long grazing season, milk was produced almost all year round.

Some consider the rare Kerry cow to be an endangered breed as there aren’t many Kerry cattle left in the world today. There are a few herds in Ireland and the UK, and even some in North America. The USA breeders often collaborate with Irish owners to help protect the breed and the Kerry Cattle Society also do excellent work in maintaining the purity of the breed.

Kerry Cows are extremely hardy. They can withstand the cold of an Irish winter quite happily, growing a good coat of hair which keeps the cold out. Their agility enables them to travel safely over rough ground and they do little damage to the pastures.
Kerry cattle come from the same ancestral stock as Dexter cattle, and both have their similarities. Kerry cattle are also a horned breed. When horns are allowed to grow, they are white in colour with darker tips. Another distinct characteristic of the breed is that the Kerry cow is small in stature. Bulls only reach about 450kg while cows can reach about 400kg.
As the breed originates in the south-west of Ireland, they are optimised to thrive on the Kerry landscape. High rainfall and tricky terrains are no problem for Kerry cattle. Their hooves do not damage moisture-sodden soils as much as heavier breeds. During cold winters, their coat adapts and grows longer, insulating them sufficiently.
The Kerry cow is known to have a pleasant temperament, and even bulls are considered to be quite docile. However, bulls are always bulls so if you are coming into caution with a bull of whatever breed, caution is advised!
Kerry cows generally have long and quite healthy lives, and they are known to be very active and agile. On average, a Kerry cow will produce about 3,000-3,700kg of milk in one season. Some cows are even known to produce nearer to 4,500kg! Their milk is of a very high quality, and the butterfat content is about 4%. It’s ideal for cheese, ice-cream and yoghurt production, due to the smaller fat globules that allow easy digestion in humans.
With thanks to www.thatsfarming.com and www.kerrycattle.ie