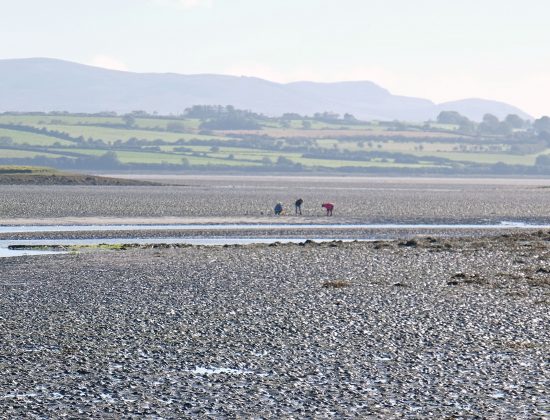 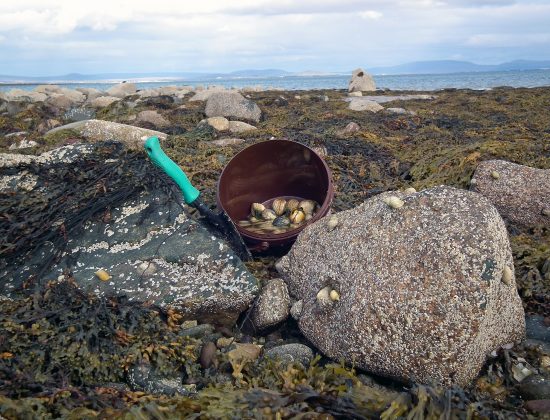 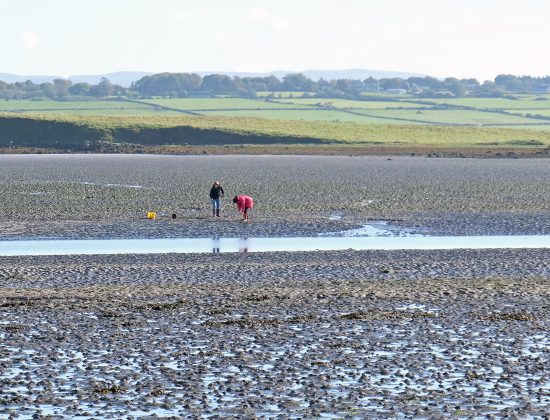 Picking Cockles and Mussels in Mayo

Picking Cockles and Mussels in Mayo
By Anthony Hickey
There is nothing better during the autumn and winter months than spending an hour or two picking cockles and mussels on one of Mayo’s magnificent Wild Atlantic Way beaches.
We are spoiled for choice in Mayo when it comes to picking shellfish for dinner – from Killala Bay in North Mayo to the shores of Clew Bay – Mayo’s many sandy beaches have shellfish such as cockles, mussels, clams and winkles in abundance.
We have a few favourite places we like to go during the cockle picking season – Aughleam beach (Eachléim) on the Mullet, Doolough beach, Geesala, and nearer to home at Bullockpark, Killala, alongside Bartra Island.
Our most recent trip took us to the beach at Aughleam (Eachléim) to fill a small bucket full of tasty cockles and mussels from the shores of Blacksod Bay. It’s a enjoyable way to spend an afternoon, having a walk, and, at the same time, collecting delicious and organic dinner ingredients.
Of course, we always check to see when it is low tide before planning a trip to make sure we have plenty of time to forage along the seashore. That’s particularly important at Bullockpark near Bartra Island because it is only possible to access the sandbanks at low tide.
Shellfish picking pointers
There are a few other considerations you should remember before setting out to pick shellfish.
Firstly, the old adage that says, “you should only be eating shellfish when there’s an ‘R’ in the month” is true because cockles and mussels spawn in early summer. So avoid picking the shellfish from May to August.
Also make sure you bring a bucket and an implement to rake up the cockles which are easily found lying on the sand, or just under it. A table fork or garden trowel will do.
Some people like getting down on their hands and knees to rake the sand, but we usually find the cockles are so plentiful they can be picked straight off the sand making it possible to enjoy a good walk into the bargain.
Also it’s a good idea to fill the bucket with seawater to keep the shellfish alive. This serves another very important purpose as it allows the cockles and mussels to purge themselves of sand and other debris when left overnight. Fresh water from the tap is also fine.
Preparing the mussels for dinner takes a little bit of effort as you need to remove the beard, a small hairy spot where the two parts of the shell connect. Cockles and mussels can be thrown into the saucepan after purging and are best cooked by steaming.
It’s just a pity that the bottle of wine doesn’t come as cheap!

Anthony Hickey is a Ballina-based journalist and photographer who writes about Co. Mayo on his website, www.Mayo.ME