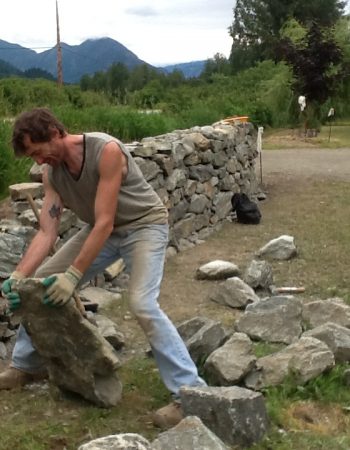 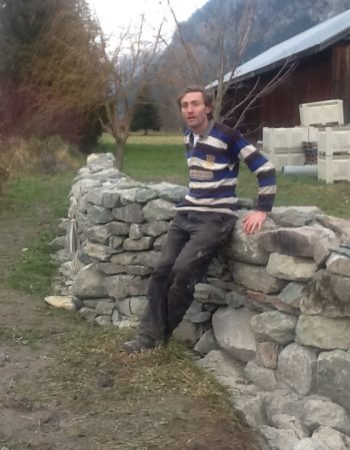 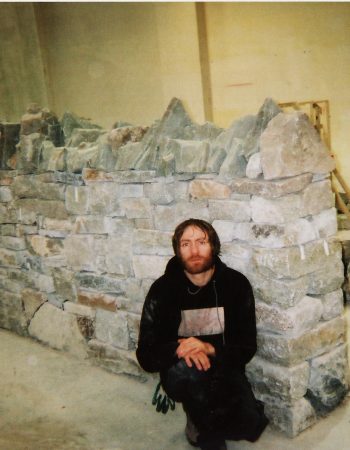 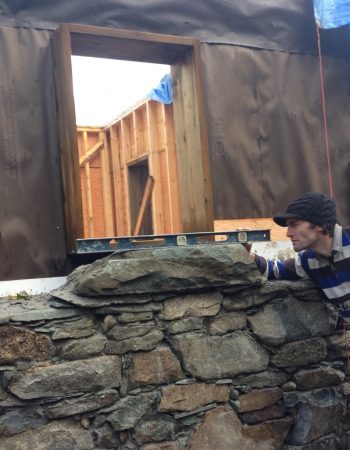 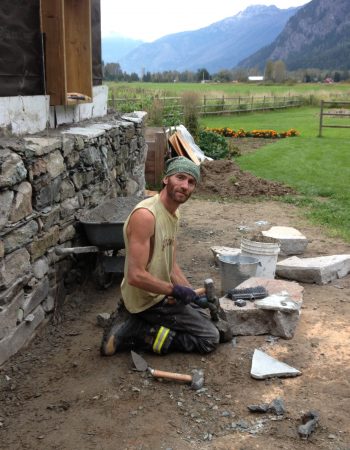 Reflections of an Irish Stonemason

An Spailpín Fánach
Reflections of an Irish Stonemason
with Nathan Slattery
Stone walls in Ireland go back a long way. At the Céide Fields in Co. Mayo you’ll find the oldest walls in Europe. From a boy who could do nothing and who didn’t know one end of a table to another, I became a stone mason. I did my apprenticeship in Rossaveel, Co. Galway. The penny walls built during famine times, gave work to starving people. Today they bear silent witness to the story of Ireland. Restoring one such famine wall in Crosshaven, Co. Cork, I found Victorian farthings. This reminded me of the soupees, the men who worked for soup as stone masons for the British estates, putting their hands into a hollow as their soup bowels were dished out to them. I come from Cork, where generations of Irish men fought for Irish Independence.
Go to the West of Ireland and sit in Synge’s chair. As WB yeats said, ‘Romantic Ireland’s dead and gone’. I am a stone of Ireland. I am in Canada. Never say to an Irish man that the famine never happened. In a vision, I’m putting my brother up on my shoulders he’s got TB and consumption and I am going to bury him. I went back to a place in my mind. I have been going back to ancestors as this stonemason and apprentice. It has brought me back to my roots. My father hailed from Corrofin in Co. Clare – Baile na Shlataraigh. I discovered that my father once worked on the train tracks with stones. So it is in the blood. There was no work in Ireland so I have been travelling the world. In Ethiopia I made a short film about different people’s shoes, the barefoot people of Ethiopia. In Ireland we too have been barefoot and stood with bloated bellies for want of food.
In the eighteen hundreds, Ireland was once governed by something like 5,000 landlords. We, the Spailpín Fánachs, the travelling labourers , built walls for them to keep ourselves out. I know this because it is in my town where I grew up in Crosshaven, Co. Cork. When we couldn’t pay our rents they shipped us off to Australia to New Zealand, and they burned us out. I have learned so much through coming here to Canada, I have learned of who I am. I could have been an Irish man coming here in the late eighteen hundreds. Up at dawn and to bed at dusk. One day I shook hands with a guy in church, he asked me what do you do? I told him teaching, drama, etc. ‘What are you doing on Tuesday?’, he asked. Eventually he asked me to build an Irish cottage in his back garden. And so I started working as a stone mason in Canada. In America there were all these uncles for people to go to – but I had no one to go to.

There is much that we can learn from Ireland’s stone walls. They tell their own story. Like life, you have to have your footing, your foundation or else the whole wall would sink. Be a stone, be still and life will come to you. You have to be strong. If you are hiding in the wall, feeling separate from life – come out!