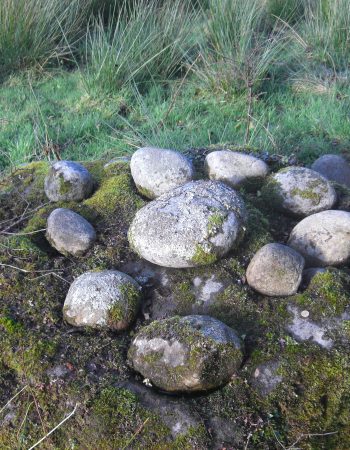 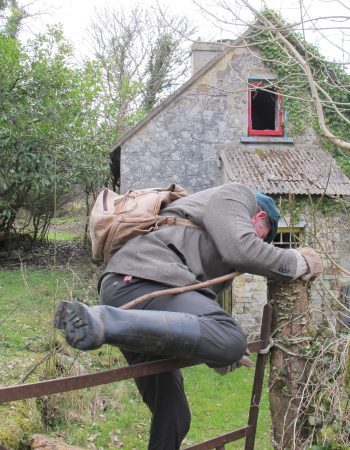 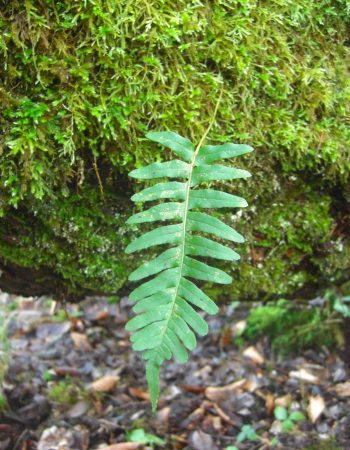 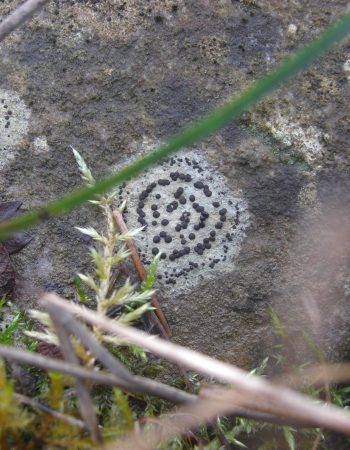 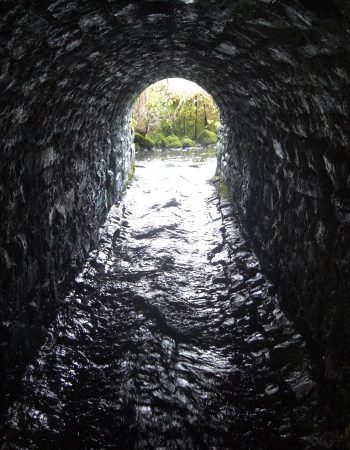 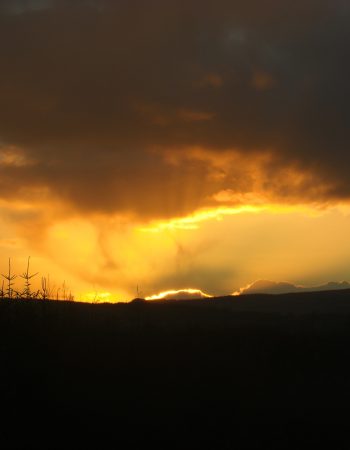 In pursuit of a Masters Degree in Art in Public at Ulster University, artist Seamus Dunbar walked from Enniskillen to Ballysadare, tracking the dismantled Sligo, Leitrim and Northern Counties Railway. For him, walking was used as a tool of research and artistic practice. Here he shares some ideas and reflections that can enrich your own journey through and into the Irish landscape.
I’ve trained in a process called Body/Landscape as a way of exploring the possibilities of being in the landscape in a phenomenological way. This involves techniques
like moving very slowly or moving with eyes closed for an extended period. Using these techniques one can experience the natural surroundings in a new way. This can be described as getting inside the landscape or allowing the landscape to get inside you. It’s a breaking down of the barriers between our subjectivity and the landscape, such that we no longer feel so separate in our surroundings. We often see ourselves as being quite alien to our environment. We march across or move through the land, but we don’t really enter into it; we conquer it, almost. Through this new way of being we can begin to see ourselves as just another part of the landscape, another creature or life form within it but not superior to it.
Mine was a journey through a landscape both topographic and cultural, which has shaped me and on which I in turn have left some traces of my activities. Shadowing the physical journey is a socio-cultural one, that cuts an exploratory trench through layers of history, from the contemporary threat of hydraulic fracturing, through Northern Ireland’s “Troubles”, partition, the railway era itself, back through the history of colonisation to the early Christian era, and deeper still, into the iron, bronze and stone ages.
Travel is often now regarded as dead time or space
– we want to arrive at our destination and often our minds are occupied with thoughts of future plans. In my own work, every step was both an arrival and a departure. What came to interest me was the detail, the very immediate experience of it. The focus is on the minutiae, plants and fungi, even the sounds, sloshing through water and mud, even the smells; it really becomes a very local journey. Perhaps this awareness of the present is what it means to walk as an artist.
The route I walked is now being developed as a greenway, and the rst section to be accessible to the public will open at Dromahair this summer. I worry lest it becomes another roadway, or corridor that shuttles people from A to B; focusing on the destination rather than the journey. But perhaps there is something my experience can bring that might encourage people to walk more thoughtfully, and with more awareness.
Séamus Dunbar is an artist who lives in Manorhamilton, Co. Leitrim. His walk resulted in the exhibition “The Lost and Found Office”, and was featured in the BBC NI programme “Walking the Line”. Further images can be seen on www.seamusdunbar.com
*Phenomenology (from Greek phainómenon “that which appears” and lógos “study”) is the philosophical study of the structures of experience and consciousness.